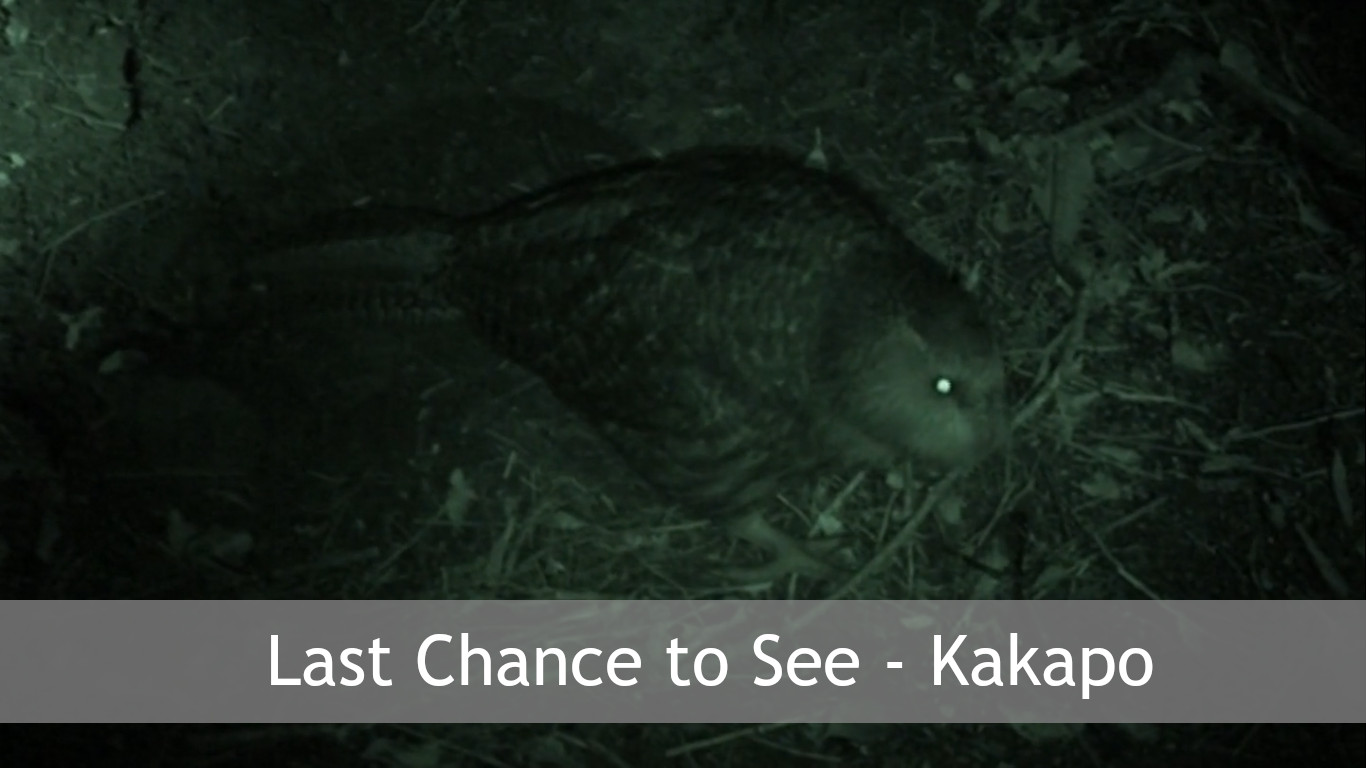 This film involves the search for the elusive kakapo, a flightless parrot in New Zealand. Stephen Fry and Mark Carwardine also meet a few other famous New Zealand animals and a famous filmmaker in this journey. Conservationist Don Merton takes Fry and Carwardine to the Chatham Islands, where the efforts were taken to save the endemic black robin from extinction by eradicating introduced predators. This became the model for kakapo conservation. Merton now hopes to reintroduce kakapo to Sinbad Gully, a remote Fiordland valley. Predators and Māori hunters decimated Kakapo numbers. Fewer than 100 parrots were alive at the time of filming the episode (the population is now 213). At Invercargill, they enter quarantine before flying to Codfish Island where researchers are predicting a record kakapo breeding season. They watch a hand-reared male called Sirocco broadcast his nightly booming calls.

After days frustrated by bad weather, Carwardine’s efforts to take photographs of Sirocco take an unexpected turn. The kakapo climbs on to his head and attempts to mate with him, much to Fry’s amusement. Fry describes the efforts taken to protect this parrot as a “story of human passion and commitment”.

The author of “Last Chance to See”, Douglas Adams found the amount of dedication put into the preservation of this amusing bird touching. He went on to do lectures about wildlife conservation with special mentions of the Kakapo.